Tall Tales but True from the DreamtimeSail Crew

We were in the Mediterranean in August, 2012 sailing our Jeannaeu 43DS, Alcheringa, upwind along the southern coast of Mallorca in 18 to 20 knots.  The sun was shining and the day quite warm so it was fairly pleasant with the boat powered up, healing nicely and slicing through fairly moderate seas. We were all sitting back … END_OF_DOCUMENT_TOKEN_TO_BE_REPLACED

Have you ever been totally gobsmacked at the sheer beauty of nature around you. Has it been one of those overwhelming experiences that you just feel you could never put words to the beauty to explain it.

‘Some Stories Last More than a Lifetime’: Port Arthur

The authorities’ aim was to offer its prisoners the opportunity to turn themselves into useful citizens of the future by building a system on punishment and discipline, classification and separation, religious and moral instruction, trade training, and education. In combination, they were to provide the convict with opportunities to turn himself into a useful future citizen. We can actually say that Port Arthur was Australia’s first TAFE. 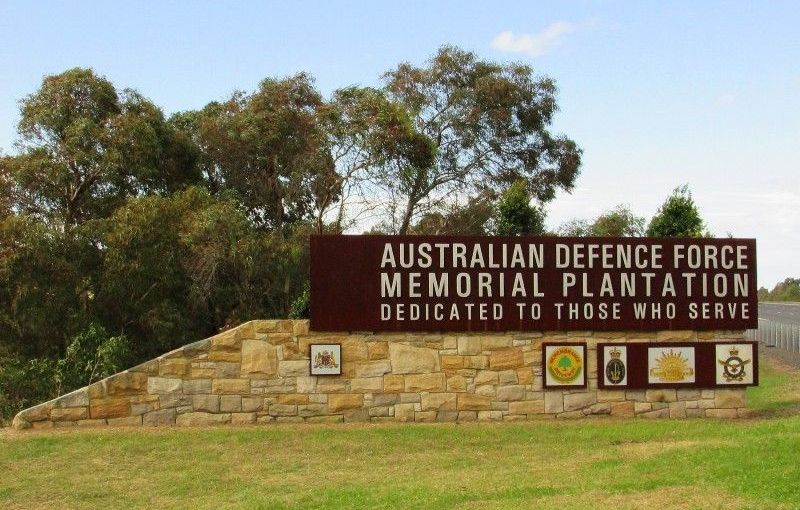 The idea of planting trees as war memorials appears to have originated in Great Britain in 1918 when the office of the King’s Highway issued a pamphlet titled “Roads of Remembrance as War memorials”. Planting trees was seen as a symbol of hope for the future but above all it was seen as something tangible which ordinary people could become personally involved with. These are tangible reminders of patriotism and community spirit, as poignant places to reflect.

In Australia the Remembrance Driveway is a system of parks, plantations, and road-side rest areas. They are a living memorial dedicated to those who served in the Australia Defence Forces in World War 2, the Korean War, Malayan Emergency and Vietnam War and who continue to serve today around the world.

The “Remembrance Driveway” was instituted in 1954 when Queen Elizabeth ll and the now deceased Duke of Edinburgh marked the “Driveway” by planting two trees in Macquarie Place.

Starting in Macquarie Place, Sydney, and following the 320 km Hume Highway between Sydney, the capital of New South Wales, and Canberra, the national capital, where it concludes at Remembrance Park behind the Australian War Memorial. This bold vision was of a series of informal plantations of natives & exotics, a total of over 50,000 trees. The intention was to create continual groves and plantations along the entire highway.

This is the first time we had travelled the Hume Highway and we were interested to see how they have commemorated and honoured our service men and women, through the planting of trees.

Australia is particularly rich in war memorial avenues, groves and other plantings. The “Remembrance Driveway” is to commemorate with exceptional dignity and beauty, using open spaces at intervals as special memorials to the named Victoria Cross recipients.

The Victoria Cross is the pre-eminent award for acts of bravery in wartime and Australia’s highest military honour. It is awarded to persons who, in the presence of the enemy; display the most conspicuous gallantry, or daring or pre-eminent act of valour, or self-sacrifice, or extreme devotion to duty. Because of their acts of valour and extraordinary personal courage they have been selected by name to represent all the servicemen and women commemorated along the “Driveway”.

Further parks have now been added in both NSW and Victoria along the Hume Highway commemorating those who have shown the highest acts of bravery and fought for our freedom.

Past Canberra, some 275 kilometres south along the Hume Highway in the town of Holbrook, you will find the most unusual sight. Approximately 450 kilometres inland from the coastline you will discover the HMSA Otway an Oberon-Class Submarine. The 89 meter long submarine is an impressive sight as you come into the town being in such an upcountry environment. One of the first four Oberon-class boats ordered for the RAN, Otway was built in Scotland during the mid-1960s, and commissioned into naval service in 1968. The submarine was decommissioned in 1994.

Holbrook is affectionately known as ‘Submarine Town’, and is named after the first submariner to receive the Victoria Cross, Lieutenant Norman Holbrook he was presented the VC for his bravery during the 1914 Gallipoli campaign.

On 14 November 2014, at a ceremony in front of the Returned Services League in the township of Euroa, the Governor of Victoria unveiled the statues and accompanying information panels that celebrate the lives and sacrifice of three revered men from the Euroa district. Each of them was awarded the Victoria Cross (VC). Euroa is the only area in the entire Commonwealth to have been home to three Victoria Cross (VC Recipients).

Euroa is the kind of town that proudly wears its military history on its sleeve. People talk about it down the beautiful tree lined streets. Three bronze statues, immortalising the bravery of Victoria Cross recipients, Fred Tubb, Alex Burton and Leslie Maygar stand in pride of place – overlooking the beautiful and scenic Seven Creeks in Euroa. You will also find storyboards telling the remarkable tales of these three brave souls.

In conclusion…. So what are our thoughts regarding the “Remembrance Driveway”.  The Hume Highway is some 880 kilometres long and is one of Australia’s major inter-city national dual carriageways, running from Sydney in the NE to Melbourne in the SE. The pledge to plant 50,000 trees to look like a memorial is a huge undertaking. To manage and maintain this many trees in our hash environment is a feat in itself.

We certainly were impressed with the rest areas, they were well maintained and each had good facilities.

However felt the planting of the plantations were at a loss and without signage you would just believe them to be part of the natural Australian Bush, this left us underwhelmed. However taking the short detour off the Hume Highway to either Holbrook or Euroa is certainly worthy of a visit.

Avenues of Honour are a living way of remembering and honouring the lives and sacrifices of our service personnel, lest we forget.

If you would like to ride along with us whether it be on the high seas or on a dusty road out west, consider being a patreon find out about it here 👉 Dreamtime Patreon every little bit helps to keep us on the road producing Youtube and writing blogs as we hope you enjoy them. Please subscribe to the blog so you will be notified each time we post. To subscribe head to our home page.

We love to read your comments if you have any questions pop them below, we will be sure to get back to you.

If you are interested in the products we used on our build on our product page is a list. Many of these items we sourced secondhand, others we purchased from the manufacturer or retailer. We have found them online and listed them for you. Some of the links supplied we have an association with and we will receive a small commission if you purchase through the link, but it is free to look and do your research 😊 we can not promise all links to work as retailers may remove items, but we will do our best to update them 👍